Replace Your Japanese Engine Or Get Another Car?

If you have a vehicle 7 years or so old, you would automatically replace your engine. If you have a vehicle that is older, there are other factors to consider. Have you have had your car for several years? If so, you know it’s condition and repair history. Do you like your car? It you answer is yes, then you will probably want to replace your engine. You won’t get much money for a car that needs an engine replacement. Also if you add the cost of replacing the engine and the amount you could get for your car with a blown engine, that’s the amount you would have for a replacement car. In most cases, you would be better off replacing the engine in your current car. Because you know it’s history, you would know what you have. A replacement car would be much more of an unknown. Sometimes there are people that may have a Japanese car that has had nothing but problems. Some of these customers determine that getting rid of their “money pit” care is the best solution for them. 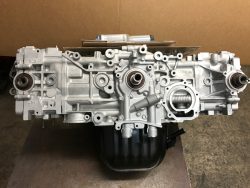 Here at EnginesUs, most of our engine sales are in the 2000-2010 year range. Subaru, Honda, Toyota, Lexus, Nissan, Acura, and Mitsubishi are popular makes. We carry low mileage JDM (Japanese Domestic Market) engines and also some Rebuilt and Brand New Japanese Engines. Most of our customers make the determination that it is a better decision to replace their engine than to replace the car. One of the great benefits is that these older vehicles are usually paid for. That means no monthly car payment!

If you need any advise about what to do about tour Japanese car in need of an engine replacement, contact us anytime.