WHY DO CAR ENGINES FAIL 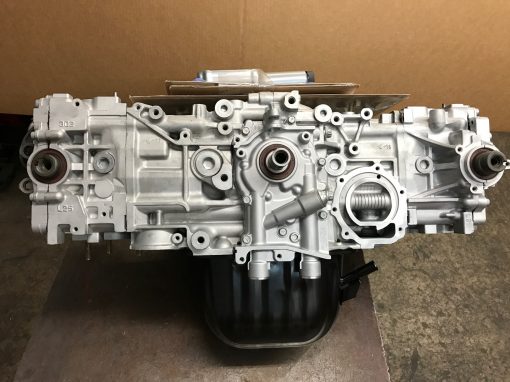 A woman called me this morning and told me that she needed a rebuilt engine for her 2002 Subaru Forester. She was perplexed as to why her engine failed. It had always worked fine, then without warning it started to make a loud knocking noise. Did the person that sold her the Forester 2 years ago knowingly sell her a car with an engine ready to fail? Highly unlikely. There are 3 main reasons that car engines fail.

1. Lack Of Routine Maintenance: Oil is the life blood of the engine. It lubricates the internal moving parts and helps to cool and clean the engine. It reduces friction which causes heat. This heat breaks down the ability of the oil to properly lubricate the engine. The longer an engine goes past it’s manufacturers prescribed oil and filter change, the more premature engine bearing wear will occur. The other important engine fluid is coolant or anti freeze. The cooling system should be flushed and coolant replaced every 3 years or 30,000 miles. Like oil, coolant breaks down over time and loses some of it’s ability to cool the engine properly.

2. Cooling System Overheating: Overheating is caused mostly by what we discussed in item 1. The cooling system components include a Radiator, Water pump, Thermostat, Cooling Fan, Temperature Sensor, Hoses, and Drive Belts. Failure of any one of these components could result in overheating and engine failure. I have had many, many people tell me that their engine never overheated. I ask them how they know that. Well, they say, the temperature gauge never went up into the red. By the time it gets into the red you have serious engine overheating and some damage. Prior to that happening you may have a constant low level of overheating that you wouldn’t notice. Kind of like high blood pressure. You don’t notice it until you have a stroke. The gauge needle going into the red is a stroke. A common cause of this is a semi plugged up radiator. Internally, a radiator has rows of vertical tubes. These tubes gradually get build up in them that restricts the flow of coolant. Some of them will get completely blocked. As this gradually occurs your engine is running at ever increasing temperatures, increasing the probability of engine failure.